If you were closely following my blog, you'd recall that I featured the best red wine vinegar not too long ago. This time, we're going to discuss another vinegar variety that's healthier than red wine vinegar. A lot of perhaps already have a good idea what apple cider vinegar are, because why not? They are an all-star vinegar type that provides you with more benefits than you've ever imagined getting from vinegars. 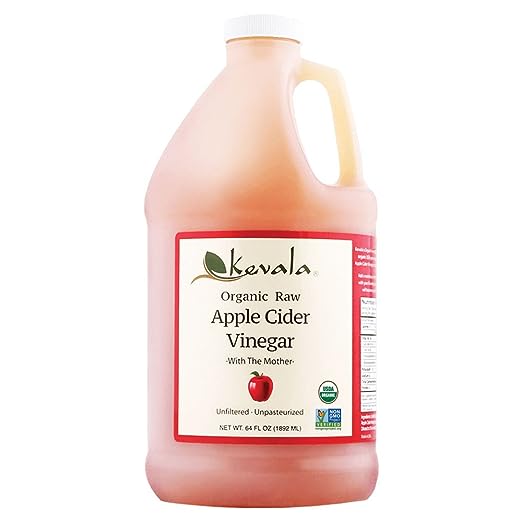 The Kevala Organic Raw Apple Cider Vinegar contains “mother of vinegar,” an unfiltered and unpasteurized vinegar that is well-regarded for its high nutrient content and several health benefits it provides. It’s an organic, non-GMO apple cider vinegar made with U.S grown apples, and Kevala takes pride in following only the highest standards when making this apple cider vinegar.

The Kevala Organic Raw Apple Cider Vinegar can also add a nutritious and healthy zest to salads, vegetables, soups, and can be mixed with your favorite juice. This apple cider vinegar can be an absolutely useful addition to anyone’s kitchen. 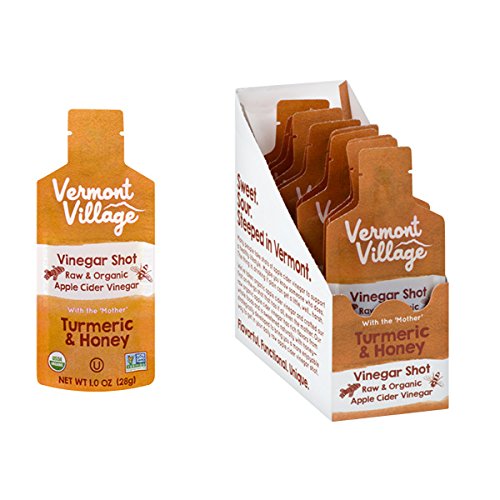 This apple cider vinegar is packed with antioxidants and anti-inflammatory phytonutrients thanks to the added turmeric. Like with most apple cider vinegars, it can be taken on its own, but it also makes for a great salad dressing or even a smoothie. The added honey is responsible for eliminating its harsh taste. Vermont claims that this apple cider vinegar helps alleviate heartburn, improve digestion and the absorption of nutrients, reduce the risk of heart disease, and also enables you to maintain a healthy weight.

The Vermont Village Organic Apple Cider Vinegar is a USDA certified organic, non-GMO, and gluten-free product that can be used for several purposes. Some consumers have tried adding it to smoothies, as a marinade for meat or vegetables, in a hot cup of tea, and even as an ice cream topping! It’s an apple cider vinegar that utilizes the benefits of honey and turmeric to maximize its efficiency. 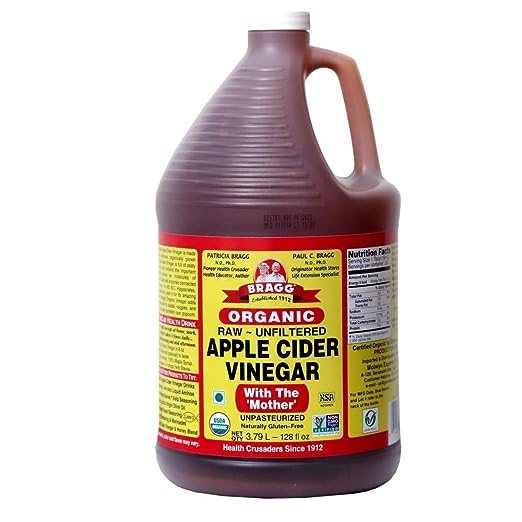 This apple cider vinegar is part of the Apple Cider Vinegar-Miracle Health System, a self-help book that has sold over nine million copies to date. You might be wondering, what’s so special about that? Well, since Bragg is one of the pioneers of apple cider vinegar production, it means they were the first ones to figure out its health benefits, and how to maximize its efficiency.

The Bragg Organic Raw Unfiltered Apple Cider Vinegar is one of the most effective apple cider vinegars currently available for you to buy, and tens of thousands of repeat customers are proof of it. This apple cider vinegar can be mixed with your favorite drink, or as a healthy additive to your home-made recipes. 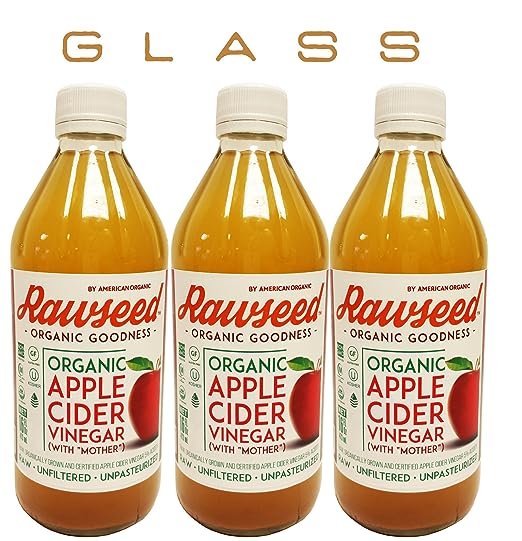 The Rawseed Organic Apple Cider Vinegar contains “mother of vinegar,” which is an unfiltered, and unpasteurized vinegar well-regarded because of its high concentration of essential nutrients and provides several health benefits. It’s an apple cider vinegar that’s processed and bottled in accordance with USDA guidelines and is certified organic by Organic Certifiers Inc.

This apple cider vinegar is made from fresh, organically grown apples and its producers claim that they help with several ailments such as indigestion, heartburn, obesity, diabetes, and high blood pressure. It can be used as a healthy additive to any food, and can also be mixed with other liquids to drink, but be careful because like with all apple cider vinegars, it has a relatively high acid content and should be consumed sparingly.

Some consumers recommend taking this apple cider vinegar with raw honey and water for a better taste and maximum efficiency. The Rawseed Organic Apple Cider Vinegar can be added to your daily those of food supplements. 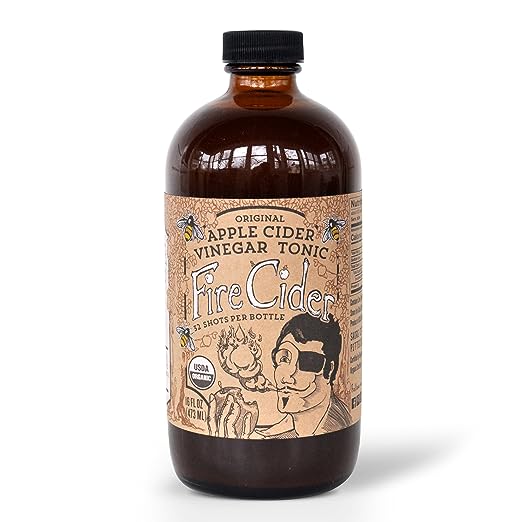 The Fire Cider’s Organic Raw Apple Cider Vinegar Tonic With Honey is an all-natural, organic apple cider vinegar tonic that’s made from a combination of organic vinegar, honey, fruits, and vegetables. It provides a burst of different flavors when consumed thanks to its natural ingredients such as ginger, horseradish, onions, black pepper, and garlic. Furthermore, this apple cider vinegar also has organic habanero peppers for heat, turmeric for a bit of zing, and lemons and oranges for a citrusy tang.

The Fire Cider’s Organic Raw Apple Cider Vinegar Tonic With Honey was formulated by Dana St. Pierre based on a home remedy his grandmother used to help keep her family hale and hearty. This apple cider vinegar is recommended by its producer to be consumed daily, one or two tablespoons diluted in water.

Here are the THREE key factors to consider when it comes to choosing the best apple cider vinegar:

This is a critical factor especially for people suffering from stomach issues like acid reflux and heartburn. Apple cider vinegars are generally healthy and beneficial to the body, but only when consumed in correct amounts. Always consider this factor when making a buying decision for apple cider vinegars.

I recommend purchasing only from trusted brands with extensive experience and history when it comes to making apple cider vinegars. While most brands offer genuine apple cider vinegars, there’s still going to be those who’ll sell low-quality products for a profit. Make sure to do your research about the producer if ever you come across an apple cider vinegar that you like. It may sound like a difficult task, but it’ll actually help you greatly!

Apple cider vinegars are a healthy addition to your kitchen, and if you haven’t tried them yet, it’s high time that you do because you’re passing up on an excellent opportunity to boost your health. Many people are already reaping the benefits of consuming apple cider vinegars, and I’m sure you don’t want to get left behind.

The Bragg Organic Raw Unfiltered Apple Cider Vinegar is the undisputed winner, not only because of the natural health benefits it provides and the wide variety of purpose it serves, but also because it’s been proven effective by many repeat customers and is produced by a renowned brand with an excellent track record when it comes to providing quality health products.

We hope that you liked this product review and buying guide, and we also hope that it will significantly help you in picking the right apple cider vinegar for you! We’d love to hear your feedback and suggestions, so please let us know in the comments section!