Biscuits have long been part of the comfort food phenomenon. Having them fresh and hot can create some happy emotions - just from the smell and taste that they evoke. Biscuits are a sign of warm hospitality and good home cooking. However, not all of us always have time and energy to spend on baking fresh biscuits from scratch.

Luckily, there are a lot of options available that cut the prep and baking time down to size. There are instant mixes as well as frozen biscuits. In this blog post, we’ll talk about frozen biscuits. Read on to see my favorite ones!

Best Frozen Biscuits on the 2020 Market 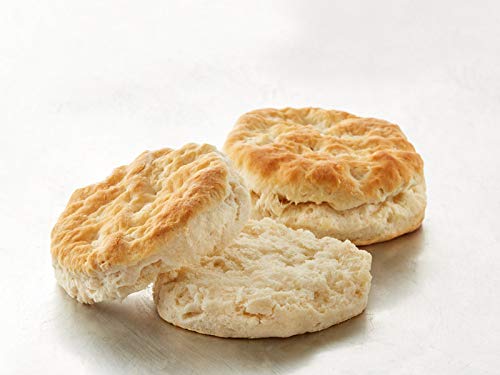 Pillsbury is known for its biscuits and pastries. They are easy and convenient to make, and they do not compromise on the flavor and quality. That’s why it’s on our list.

Their baked easy-split golden buttermilk variety includes biscuits that are already good to go. All you have to do is to thaw them, heat them in the electric oven, and serve! It’s not a wonder why this brand has stood the test of time and has become one of the most regarded food companies of all time.

This package yields 2.25 oz biscuits that are fluffy and moist. Each bite will give you a hint of homemade goodness, wrapped in a rich buttermilk flavor. You can enjoy them on their own, or separate them to create a sandwich of your choice.

These come in individual packaging for improved ease during reheating, and in a bakeable tray, too! You can enjoy your favorite biscuits in a matter of minutes.

Another popular brand makes it on our list. For this particular Jimmy Dean product, I chose the Blazin’ Hot variety. This one is the Hot and Spicy sausage, egg and pepper jack cheese sandwich. If you’re a fan of both biscuits and spicy things, then you’ve found your match.

This biscuit sandwich is really spicy - so be warned. It is designed to be a quick-to-prepare breakfast sandwich, but I am confident that most fans of the product have it pretty much any time of the day. It’s an easy and quick midnight snack, and perfect for staying in and watching TV.

The sandwiches are wrapped individually, so you can easily grab them and take them with you while driving or taking your daily commute.

What’s best about these is that they are wrapped in butcher microwavable paper, so all you have to do is literally take them out of the freezer and pop them into your oven for a quick reheat!

If you are planning to have them in the morning, it’s best to thaw overnight inside the freezer. Then all you have to do in the morning is reheat them and you’re ready to eat!

You can heat them in the oven or the microwave for 45 seconds.

belVita has been known for its no-nonsense breakfast biscuits for decades, and it’s no surprise why it has been so successful. The brand focuses on providing healthy breakfast alternatives that are also quick and convenient for most people. They cater to kids and adults alike. It’s easy to imagine yourself having milk, coffee, or tea in the morning, dunking these delicious biscuits, and getting ready to start the day.

This pack comes in assorted flavors, which is great if you can’t decide between more than one variety. You get Blueberry, Golden Oat, Cranberry Orange, and Cinnamon Brown Sugar! Plus, the biscuits are made using nothing but carefully selected ingredients: rolled oats and a mix of whole grains. Throughout the baking and packaging process, the company makes sure that the grain maintains its integrity.

What does this mean? After eating these biscuits, the carbs are slowly absorbed in the body. This is so that you can have energy for a longer period of time, instead of a quick sugar spike that results in an equally quick energy crash. Fuel your body for up to four hours with such a simple and hearty biscuit. They are enriched with B-vitamins and various minerals, too!

These are best enjoyed with your choice of a hot beverage and some fruits or nuts on the side.

There are zero sweeteners and artificial additives. You get 3 grams of fiber and 19 grams of whole grain! Plus, these are Kosher. 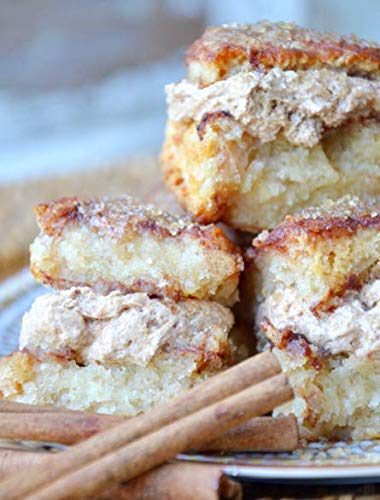 Looking for something more traditional, homey, and flavorful? Callie’s cinnamon biscuits are more than the usual sticky buns. With these biscuits, you get the goodness of both classic biscuits and modern cinnamon richness.

The biscuits are layered with cinnamon, butter, and brown sugar. And the servings are quite generous, to the point where the biscuits are melting together with the cinnamon in your mouth as you bite into them.

These are perfect for breakfast, brunch, snacks, or tea time. Have them with a light salad, a bowl of fruits and nuts, or your favorite cup of tea.

Each pack contains 12 biscuits and 2 packets of cinnamon butter. Grab yours and impress your guests! These are perfect for Sunday brunches, catching up with friends, and book club meetings!

McVitie’s Digestive Biscuits started in 1892, and have since then remained the highest-selling biscuits in the United Kingdom. The British ranked these as the 4th most famous biscuits for dunking into tea. The chocolate digestive biscuit ranked 1st.

These are great with your choice of hot drink: usually coffee or tea. Sometimes, these are dunked into hot beverages but have to be eaten as quickly as possible because of the biscuit’s consistency. Once wet - and in hot liquid - it can disintegrate quickly. To this day, these are one of the top biscuits in the UK, and are also enjoyed as crackers.

McVitie’s alone sells over 80 million packs of their digestive biscuits in the UK. If that’s not enough reason to believe that this brand is the one to go with (if you are particularly looking for digestive biscuits), then what is?

Plus, you can use digestives in other culinary applications. Use them as a base for your cheesecake and tiramisu recipes! The possibilities are only limited by your imagination!

A Brief History of Biscuits

Let’s take a look at how biscuits came to be.

The Romans were the first who thought of the idea of making biscuits, but it wasn’t until the Middle Ages that biscuits were developed as we know them today.

It started with pancakes, which were born around the 15th century.

The Tudors: Celebratory Pies and Cakes

Now, the Tudors were very fond of sweet treats and had them whenever they can afford. The rich people usually feasted on gingerbread, preserved fruits, jelly, and sugared almonds. In the 16th century, however, sugar became an expensive commodity that a lot of people instead used honey to sweeten their food.

In the Middle Ages, Marzipan came to England. This paste made of sugar and almonds was used to create edible sculptures of castles, animals, people, and trees. They called them subtleties.

Soon, people started eating simnel cakes. Simnel referred to the name of the fine flour they used, originally. However, there is also a street named Simnel in Southampton.

During Christmas time, the Tudors devoured mince pies. These were filled with raisins, prunes, currants, and other fruits. They were seasoned with cloves, saffron, black pepper, and mace. They added mutton, too, as a symbolic representation of the shepherds. They shaped them like cribs, but this practice soon stopped when Oliver Cromwell banned it.

Christmas pudding also came in the form of sausage, meat, spices, and oatmeal. Another cake enjoyed during this time was the Twelfth Night fruitcake, which was baked with a secret dried bean or coin inside it. Whoever finds the coin or dried bean will host the night’s celebration -- or even become King or Queen!

1586 was when Banbury cakes were first had. The world didn’t see scones until it was the 16th century. In the 17th century, people started eating bread and butter pudding together.

On Good Friday, the people would bake and eat spiced buns. It was in the 18th century where we first see “crosses” shaped on these buns. This means that by the 1700s, the people were already enjoying hot cross buns.

Crumpets started in the early 18th century, too. William Oliver invented Bath Oliver biscuits later in the middle of the 18th century. Another treat that originated during this century is the Eccles cake.

The 19th century came, and the Industrial Revolution introduced the mass production of food, including biscuits, cakes, and jelly. More cakes were invented than ever before. It was during this time that people started celebrating their birthdays with cakes, too.

And one of humanity’s favorite foods to this day -- doughnuts -- also came from the 19th century.

Locally called Bakewell pudding, the Bakewell tart was invented “by accident” in 1859. In the 1880s, Tarte Tatin was invented, while the 1920s gave birth to Pavlova. In 1927, Jaffa cakes were first sold. 1929 saw the birth of Twiglets, and 1932 introduced Penguins.

In the later parts of the 19th century, we saw the Garibaldi biscuits (1861) and the Cream Cracker biscuits (1885). Alexander Grant invented the first digestive biscuit in 1892.

As the 20th century emerged, more and more biscuits came to light. We saw custard creams in 1908, and Bourbons in 1910. And who can forget the all-time favorite, chocolate chip cookies, which are still a crowd pleaser to this day, which first saw the light of day in 1938? In 1986, we were introduced to HobNobs.

And the rest, as they say, history!

Speaking of cookies, biscuits, and cakes, check out my previous post on the best cake flour. You’ll need these recommendations if you get in the mood to bake some delicious goods at home!

That was a fun article and I hope you learned a lot. There is quite some diversity in our list, particularly with the country of origin, flavor profile, and overall biscuit texture. But to judge on a general standpoint, I’ll have to declare General Mills Pillsbury Baked Easy-Split Golden Buttermilk Biscuits as this roundup’s winner.

If you loved this read, give it a share to friends, and leave some thoughts in the comments section!